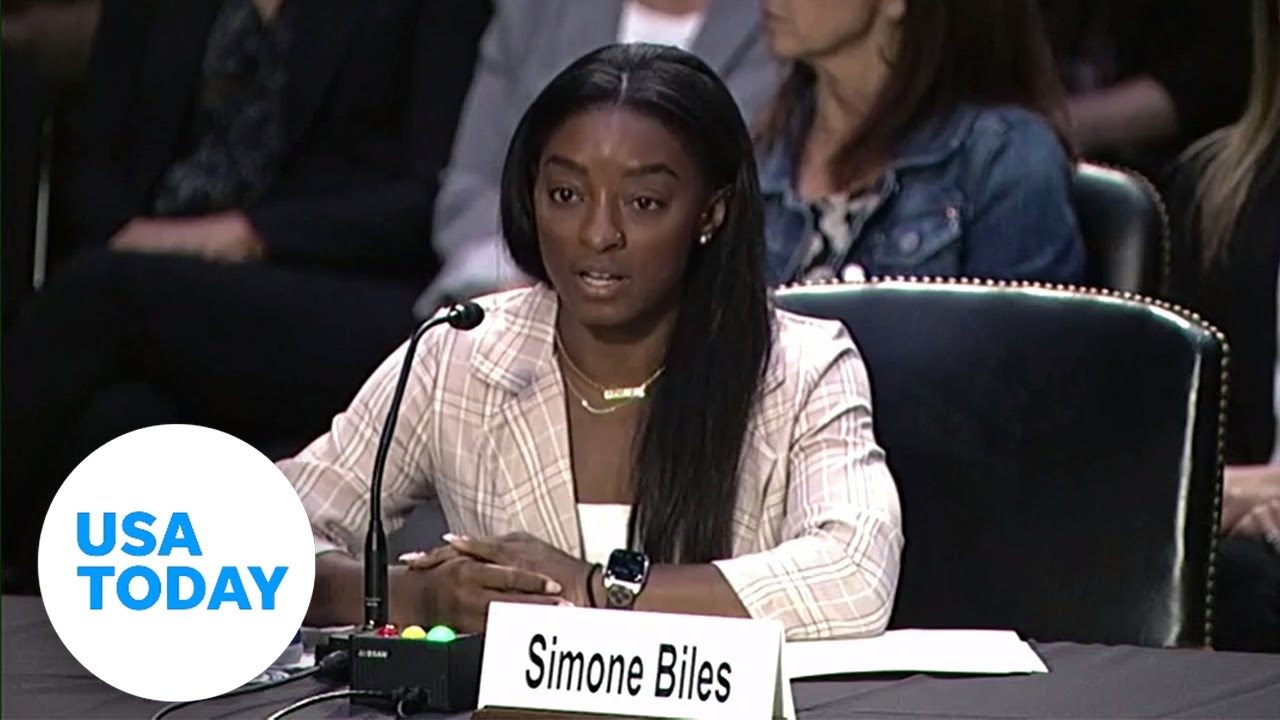 “USA Gymnastics and the United States Olympic and Paralympic Committee knew I was being molested by their official team doctor long before I was made aware of their knowledge,” Biles told the Senate Judiciary Committee.

“We have suffered and continue to suffer because no one in the FBI, USAG or USOPC did what was necessary to protect us,” said Bile. “We failed.”

All four gymnasts said they were victims of Nassar’s abuse, with Nichols being the first athlete to file a sexual abuse complaint about Nassar with USA Gymnastics’ top officials.

During her testimony, Maroney criticized the FBI for falsifying claims of abuse against Nassar.

“After I told the FBI my entire abuse story in the summer of 2015, not only did the FBI fail to report my abuse, but when they finally documented my report 17 months later, they made completely false claims about what I said,” Maroney said .

“What’s the point of reporting abuse when our own FBI agents take it upon themselves to bury this report in a drawer?” Maroney asked.

Raisman spoke bluntly about the failure of the agencies.

“It was like serving innocent children to a pedophile on a silver platter,” said Raisman.

Nichols, like her co-gymnasts, stressed that lawmakers should hold everyone involved in the failures accountable and cover up Nassar’s abuse.

“For hundreds of Larry Nassar’s survivors, this hearing is one of our last opportunities to get justice,” said Nichols. “We ask you to do everything in your power to ensure that those who are involved in wrongdoing are held accountable under the law.”

The Justice Department inspector-general released a stinging 119-page report in July that found that Indianapolis FBI officials made false statements, failed to respond for months, resulting in more than 100 other gymnasts being sexually assaulted and a ” extremely poor judgment ”in dealing with the allegations against Nassar.

The report also states that the FBI branch office in Indianapolis has not “responded with the utmost seriousness and urgency the allegations deserved and demanded.”

“If the Inspector General’s report shows one thing, we need to make sure the office is more effective and accountable,” said Grassley.

“I am deeply and deeply sorry for each of you. I am sorry for what you and your families went through. I’m sorry so many different people have let you down over and over again, ”Wray said.

“And I’m especially sorry that there were people in the FBI who had their own chance to stop this monster in 2015 and failed.”

Following the report, an unnamed special commissioner involved in the case was reassigned pending an internal FBI investigation. The agent, identified as Michael Langeman, has since been fired, the Washington Post reported late Tuesday.

The branch office also failed to alert the relevant authorities, the DOJ says.

When the investigation stalled, Nassar worked with gymnasts for more than a year. The report states that “according to civil court documents, 70 or more young athletes were sexually abused under the guise of medical treatment” during this period. A lawyer for the Nassar victims claims he molested at least 120 other women and children.

Nassar’s sexual abuse was publicly exposed through an IndyStar investigation in September 2016. He pleaded guilty to federal and state charges and was sentenced to more than 100 years in prison.

Another FBI mistake:The Larry Nassar debacle is the latest in a series of high profile mishaps

In August, USA Gymnastics reached an agreement on a proposed $ 425 million settlement with more than 500 women who reported having been sexually abused by Nassar, their trainer, or anyone associated with the sport .

Aly Raisman and Simone Biles are astonished by the FBI

Manthan Ganatra, an inspiring Architect from Gujarat known for his creative outlook